The weather, fishing and tourist seasons here in the Central Pacific are divided into two main seasons-the High (dry) season and the Low (Green) season.

The High (dry) Season begins Late November, as the rains of October subside.
After thanksgiving the number of tourists entering the country begin to increase and by late December, the high tourist season is in full swing.  The occasional rain showers or cloudy skies become non-existent until April, providing months of perfect weather to escape the cold fronts of the USA.  Sunny, cloudless skies, temps in the upper 80’s during the day and upper 70’s at night, and windless, flat calm ocean conditions are the norm through the High Season. 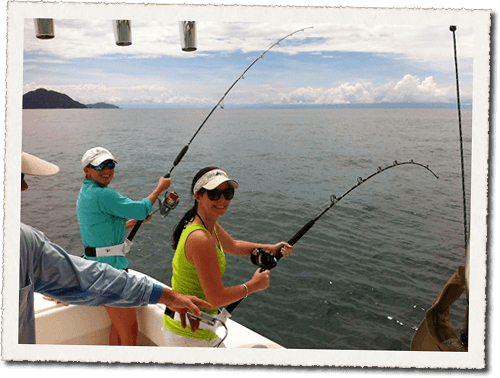 December is also the start of the influx of large numbers of sailfish migrating into the area, which is usually preceded by an excellent run of marlin in the area.

By January the billfish are thick here, and their numbers continue to increase though February, March and April. It is common to get 10-20 bites a day from billfish during high season, and we usually average a shot or two at a marlin per day. Some days we might not get one, but some days we may get 3-5 shots at these prize fish. When it gets really good here it is possible to get 30 to 50 billfish bites per day, sometimes even more.

There are usually a good number of Dorado (mahi-mahi) around throughout the high season, and anytime you come across a pod of spinner dolphins with birds diving, you can be pretty sure there are yellowfin tunas nearby.

Inshore, trophy roosterfish are here in good numbers and the bottom fishing is good for groupers, snappers, jacks, and mackerel. February and March seem the best time for big Cubera snappers.

The Green Season begins in April and runs through November, as the tourist influx begin to taper off after Easter.

The Green Season offers less crowds, and reduced rates on lodging, and most tours and attractions throughout the region. 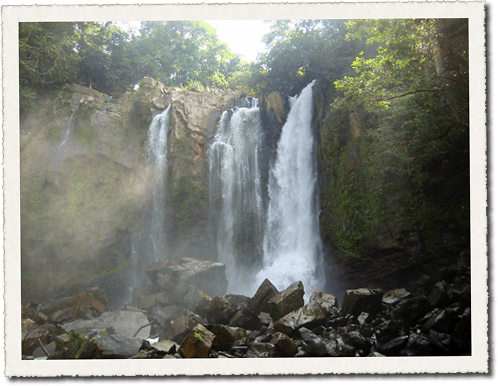 It is traditionally known as the Rainy Season, but from April through September it is typically much like Florida during the summer. We get a few days a week with late afternoon or evening showers for a few hours; but not everyday or all day. There is plenty of time to get out and get lots of sun, see the country, do plenty of activities. Seas are still calm and flat.

It is actually pretty nice, because we have a little cloud cover, a few degrees cooler temps, and far less crowds. Everything returns to being lush, green and in bloom.

The fishing during Green Season offers lots of options. There are still a good number of sailfish and marlin around all year round. We typically get 2-10 bites a day from them in the green season, but there is so much more to do than just troll. The rains begin to push all the wood, logs, trees, and trash that have accumulated in the riverbeds over the dry season months, out into the ocean, providing lots of structure for fish to congregate under.

During green season we troll around until we find something that looks good-floating debris, logs, trees, current edges, or spinner dolphins with birds on them. A good log can be loaded up with baitfish, lots of Dorado, tripletails, and small tunas, providing hours of light tackle fun to fill a cooler with meat. These months are the best time to target large numbers of Dorado here. It is also an excellent time to live bait for marlin with the small tunas you catch around the logs, and there are plenty of marlin around to eat them.

My favorite part of green season is TUNAS! This is the time to come if you want some serious action with big yellowfin tuna. Spinner dolphins with bird are the best indicator of yellowfin here. You can troll around for them with small lures or bait, but the best action is throwing poppers and live baiting for big ones, which reach 300lbs or more here. 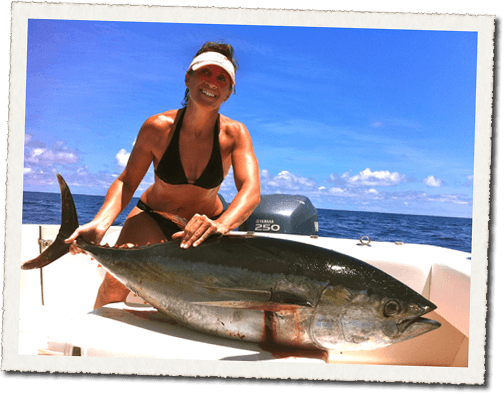 Inshore, green season is considered peak fishing for roosterfish, grouper, and snappers, but from my experience it is excellent year round. June- November is the best time to target wahoo here, which move onto rocky structure and reefs during these months.

No matter what time you choose visit, there is always something to do and catch here!